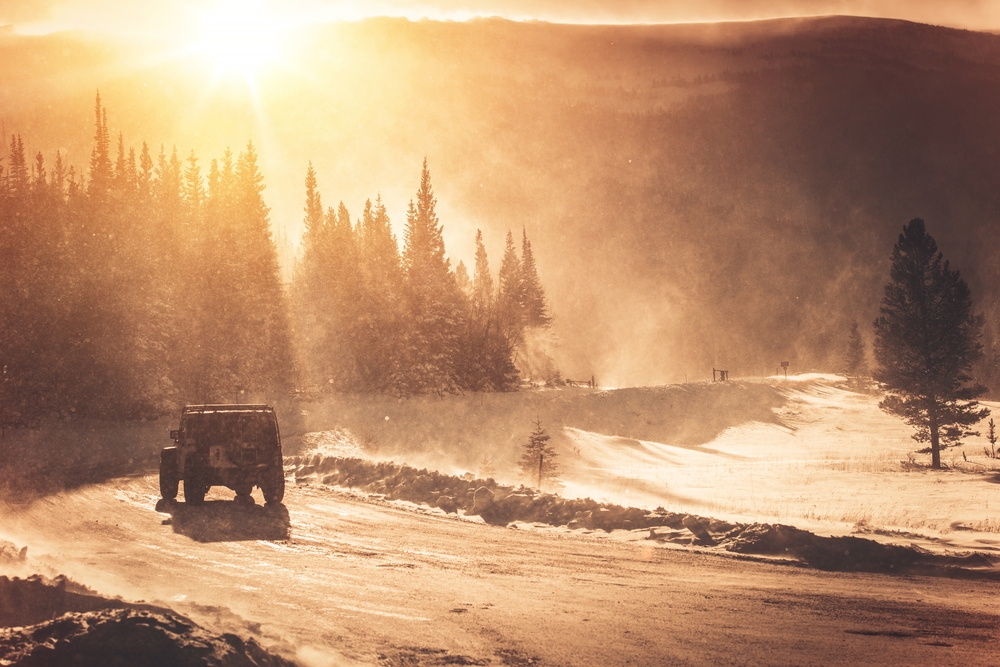 It’s pretty natural to be a little confused about 4WD and all-wheel drive (AWD) vehicles. After all, most cars have four wheels so if they’re all driving, shouldn’t AWD be identical to 4WD?

That seems to make sense, but the fact is these terms refer to vastly different systems that power the four wheels in very different ways. Read on to find out what distinguishes 4WD and AWD and to decide which one best suits your driving needs.

What Is 4WD, Really?

In a basic 4WD vehicle, power goes from the transmission to a transfer case where it is divided between the front and rear axles.

In old school 4WDs, that’s all there was to it. It wasn’t a bad system, except for one big flaw. Because the transfer case sends equal power to every wheel, manoeuvring in a traditional 4WD could be difficult. For a car to make a turn properly, the wheel on the inside actually needs to turn slower than the outside wheel – if not, the inside wheel loses traction and spins, which is pretty inefficient.

Since the 1980s, almost all 4WD vehicles have included limited-slip differentials (LSD) to mitigate this problem. LSDs feature clutch packs inside their differential cases that restrict a wheel’s movement if it starts to spin. As well as clutch-LSDs, there are also enhanced-clutch, cam, plunger, viscous-coupled, and hybrid LSDs on the market.

What’s the Deal with AWD?

Technically, the first AWD was created in 1900 by Professor Ferdinand Porsche whose unusual Lohner-Porsche used individual battery-powered hubs to propel each wheel. But the evolution of AWDs actually has a much more modern origin.

Modern AWD vehicles generally incorporate computers to power their wheels. Sensors on each wheel monitor traction, wheel speed, and other data points, hundreds of times a second and send this information back to a computer system, which calculates where power should be increased or decreased. This is known as torque vectoring and is featured in everything from the Subaru WRX to the Porsche 718 Cayman.

What’s Right for You?

Despite their advanced technology, AWDs still don’t offer the same all-terrain capabilities as 4WDs. So, if you are planning to do serious off-roading, a 4WD is still your best choice. However, if you don’t really plan to hit the bush, but do find yourself regularly driving in heavy rain, ice, or snow, AWD is right for you. The improved grip and handling will deliver a safer, more enjoyable drive in such conditions.

Do you need new or second-hand parts for your 4WD? For all things four-wheel drives, talk to the experts at Perth 4WD Centre. Call us on 08 9470 1755 or contact us online.