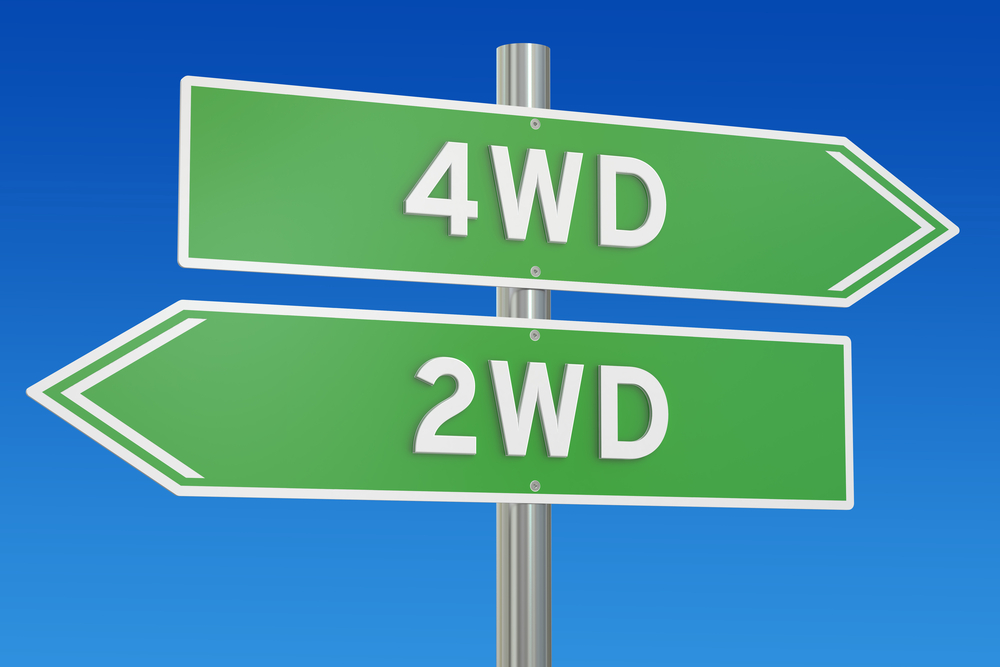 There is a lot of debate around the efficiency of 2WD vehicles compared to their 4WD counterparts. Defenders of the 2WD claim such vehicles are more economical and therefore superior. On the 4WD side, it’s claimed that the difference in efficiency is negligible and that the capabilities of 4WDs more than outweigh it.

The team at Perth 4WD got to the bottom of the debate for you and found that the truth lies somewhere in the middle.

Do 4WDs Chew Through Fuel?

The short answer to this question is yes: relative to 2WD vehicles, you are going to use more fuel in a 4WD. The reasons for this are very simple, boiling down to weight, friction, and demands on the engine.

Typical all terrain 4WD vehicles are generally larger and therefore heavier than a standard 2WD sedan. But even a car with a ‘standard’ body and 4WD capability will be heavier. This is due to the weight of additional components required to make a vehicle 4WD capable, such as the transfer case and differential lock.

Additional weight in any vehicle means more power is required to reach a given speed, which impacts fuel economy negatively.

The additional friction in the drivetrains of 4WD vehicles decreases fuel efficiency as well. In more modern vehicles, this difference is fairly minor – advanced synthetic lubricants in the transfer case and other components have gone a long way to minimising friction.

Greater Demands on the Engine

The final factor that reduces fuel economy in 4WDs is the simple fact that more is being asked of the engine – it needs to send power to four wheels instead of two.

While it’s true that 2WD vehicles outperform 4WDs on fuel economy, this is only one factor to consider. Obviously, if you just need a vehicle for your commute to work and occasional highway driving, 2WD is the way to go.

But if you will be taking your vehicle off road at all, then focusing exclusively on the efficiency of 2WDs is an exercise in false economy.

If you’re going to be taking your vehicle off-road, think of the extra money you’ll pay in fuel as an ‘anti-disaster tax’. It’s better to pay a little bit more at the pump then to pay an awful lot when you find yourself bogged or wrecked in the bush.

With power going to only two wheels, you’re going to have a lot more trouble navigating difficult terrain. This not only increases the chance of getting stuck, it also means you’re more likely to misstep and crash your vehicle.

Most people who want a 4WD won’t be spending their lives speeding over sand dunes or navigating forests. You will probably be doing a lot of city and highway driving as well, where fuel economy is paramount. This explains the popularity of vehicles that can switch between 4WD and 2WD. You’ll still have the extra weight with this option, but when in 2WD you’ll be reducing demands on the engine and eliminating the extra friction for a more fuel-efficient middle way.